I first became aware of community rights through my training with and support of the Community Environmental Legal Defense Fund. CELDF began as a public interest law firm almost 35 years ago to “build sustainable communities by assisting people to assert their right to local self-government and the rights of nature“.  Rights of Nature, what a beautiful idea: natural resources and ecosystems have the right to exist outside any relationship to human beings. 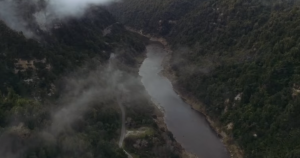 From David Freid’s documentary of the Whanganui River, “The River Is Me”.

I recently watched a beautiful and moving short film called The River Is Me by director and cinematographer David Freid  which documents the Maori People’s efforts to grant the the Whanganui River legal status as an ecosystem through New Zealand’s Te Awa Tupua Act. What I found so moving about this film is the evidence that Western governments are beginning to embrace the idea that ecosystems have rights, that rivers have rights. I hope you can take a moment to watch this film. It’s quite heartening.

You can follow the timeline for Rights of Nature here.